Touching the Shadows has been accurately described by its byline, “A Love Tested and Renewed”. The story follows Racinda’s journey through the life of Bruce who has just received the most terrible news he could ever imagine. His wife had been diagnosed with breast cancer. Their marriage was not picture perfect to begin with, and although they had grown apart through the years, this news crushed Bruce. Through the many trials associated with cancer, Bruce and Racinda’s love was reignited as they began to lean on one another as they faced cancer together. Their marriage became stronger with each battle, and although cancer is known as a disease that destroys, it was the battle with cancer that enabled them to mend their marriage and bring new life to their love for one another.

Miracle for Jen is the miraculous story of a teenaged girl whose life was radically changed the night a drunk driver hit her family’s van while they were returning home from church. Although her Mom and Dad, and brother were injured, Jen received the blunt of the crash and ended up in a coma for five weeks. As her parents, Andy and Linda, slowly recovered from their multiple injuries, they continued to faithfully visit Jen in the hospital. Many were praying, asking for a miracle; that Jen would awake from the coma. Then one night it happened, God touched Jen and she awoke praying and praising God! Although out of the coma, Jen’s brain trauma still made it difficult for her to do certain things, and she couldn’t remember events, people, and places or even recent conversations, which caused moments of confusion, but whenever she prayed her spirit soared and it was as if she wasn’t a victim of a brain injury. Jen and her story became an inspiration to the many people she encountered, and as she continued to heal God continued to use her and her family to further His testimony of love, mercy, and grace.

The story is about Brenda. She takes you through her entire life and shares with you her search to discover who she is and what her purpose is for this life God has given her. She experiences heartache, loss, and failures but she also embraces her Lord through all of these hard times. And when joy comes into her life, she gladly embraces that too by sharing her faith with others and using the struggles she’s been through to encourage others in need. By the end of the book she knows who she is; when she meets new people (from book) “I hold out my hand and say, “My name is Brenda.” What the phrase means to me is that I’ve figured out who I really am, and I want people to know me for just that.”

Jesus, My Father, the CIA, and Me by: Ian Morgan Cron The title of this book is very interesting and caught my attention right away, making me want to pick […]

Comes the Peace: My Journey to Forgiveness by: Daja Wangchuk Meston and Clare Ansberry This book, Comes the Peace, was a very interesting book.  Daja retells his experiences in […]

The Holy Thief by: Mark Borovitz This is the book I finished reading last night.  The author, Mark, wrote his memoir in everyday language and because of that, I was […] 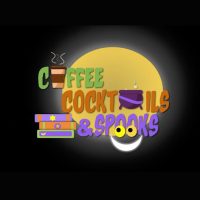