This book was another of my bargain buys from bookcloseouts.com and I’m glad it was one of the many books I chose to buy.  It was a real deal price-wise and a fun add to the children’s section in my “library”.  I love fairy tales and this one sounded like an interesting story.

Trollbridge is a fun adventure set in both this world and the world of trolls.  Seems a pact was made a few hundred years ago between the small town of Vanderby and a troll named Aenmarr; however nowadays no one believes in trolls so why continue a silly tradition to appease them?  Since the pact was broken, Aenmarr decides to capture the twelve young ladies known in Vanderby as Dairy Princesses.  He’s intentions are to marry them off to his three sons; four wives apiece!

Aenmarr’s plans are soon discovered by Moira, a 16 year old musician girl.  As she tries to save the Dairy Princesses, help comes to her in the form of  three famous rock and roll brothers known as the Griffson Brothers and a mysterious fox named Foss who can talk telepathically with musicians.

Yes I enjoyed reading this story.  It was one that kept my interest although I must say some parts were quite detailed in description.   For example – spoiler about to be mentioned so if you don’t want to know, skip the rest of this paragraph – when Jakob is captured and about to be made into stew, he tricks Aenmarr’s son into trading places with him.  The plan works and when Aenmarr returns to kill Jakob, he instead kills his son.  The book describes this act and although it’s only a few short paragraphs I felt it was vivid; but then again, it could be only me and my great imagination going to work and thinking about the poor troll boy being dissected and cut up.  You can actually read for yourself and determine if this is something you want your child to read, you can find this part of the story in chapter 9.

Other than that I believe the story was well written.  The authors did a good job of using two radio personalities to keep the reader in the loop of how the disappearance of the Dairy Princesses and of the Griffson Brothers affected the outside world.  This helped to blend the two “worlds” and kept the reader engaged emotionally to the people awaiting the (hopefully) safe return of the missing girls and boys.  There were also songs written throughout the book that were suppose to tell the tale through the musician’s eye (Moira and the Griffson Brothers), however, I didn’t find them that entertaining and not really necessary for the story.  I pretty much began to scan through or skip them when I came across them.

I would suggest this book to anyone who enjoys fairy tale type stories, but it is directed towards the younger audience.  I would recommend letting kids 10 years of age or older read this book.   Now, I liked the story and I’m way above that age range which means if you are older and like stories with trolls, well, I believe you’ll enjoy this book too.  It’s easy to read but it will also intrigue your imagination! 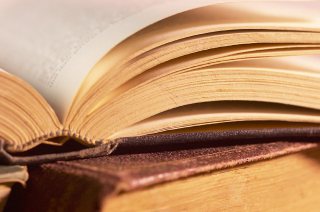